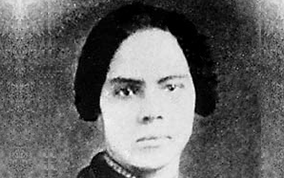 Mary Ann Shadd Cary, born in Delaware in October 1823, grew up with parents who were key figures in the abolitionist movement, which seemed to have been the catalyst for her life and work as an educator, abolitionist, publisher and lawyer… The educated Black woman, according to numerous of Shadd Cary’s writings (1854, 1856) was the key to racial uplift for the Black community. For this reason, she was very passionate about the education of Black girls. Her childhood, her father’s teachings, and her later experience as a woman activist influenced her enthusiasm for proper schooling for Black girls. Shadd Cary believed that if you strengthen the woman-heart, and you strengthen the world (1856).